Yesterday, TechCrunch ran a piece from Kelli Richards postulating the viability of Tidal as a service, and its likely outcome in the streaming wars. The article was essentially an overview of what’s been going on with Tidal lately, with Richards doing a good job of zeroing in on a couple of things I’ve discussed and underscored in my own mind as the real deal-breakers. 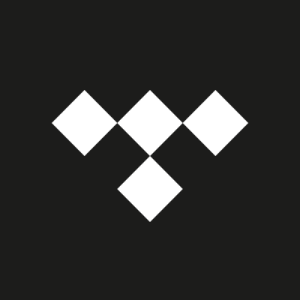 Before getting into the two main things of her article, I think it’s important to note a very short—but important—sentence in Richards’ piece: “…the prospects of Tidal upending Spotify in the near future are slim…” This falls right in line with something that I wrote earlier concerning SoundCloud, namely that trying to out-Spotify Spotify is a losing battle and a very poor battle-plan. Going head-to-head with Spotify and playing their game their way (that is, general popular music streaming) is such a poor decision because it means you’re starting way behind the starting line. And in Tidal’s case, this goes double for any sort of exclusive content which might be your main attraction.

Now, Richards’ two main points, and my takeaway from each:

1. Premium/Exclusive Content—Firstly, I’ll be the one to say it: “exclusive content” as one’s main gameplay is a very tough sell. It’s a tough sell because it’s a drastically diminished niche of a larger market, which is basically popular music. That means you’re trying to play on two different levels with two completely different mindsets.

The “exclusive content” play is difficult because it requires your customer base to desire those exclusives almost as much as (or more than) the original content. This isn’t anywhere near the same thing as looking at an independent market, since those content producers are increasingly giving away their material for free (including “exclusives” like remixes, acoustic sets, etc.), and making money elsewhere. For a service like Tidal though, they need to first out-Spotify Spotify to gain the market share of the original popular music demographic, then they need to persuade those people to convert to “exclusive” consumers and pay a whole lot more for something they could just as easily get on YouTube if they wait a couple weeks or a month. This is one of the major flaws in Tidal’s plan in my eyes.

Also under the first point is a small comment included by Richards made by Tidal’s CEO Peter Tonstad, which basically asserts that the industry is moving away from the freemium model, and that “it’s going to be the content richness” which listeners begin to look and pay for. This is bold, but false.

First, the sorts of audiences which Tidal is looking to court—general consumers of popular music—are not about to leave the freemium paradigm anytime soon. Secondly—and funnily enough in my opinion—the rabid, content-rich focus which Tonstad identifies as Tidal’s silver bullet doesn’t really apply to popular consumer audiences on a general level anyway. Ask anyone listening to Spotify if they’d pay double (or anything) for higher quality which they can’t even discern anyway, and I’d be surprised if large numbers converted over. Ironically enough, the rabid thought process which Tonstad is alluding to is alive and well—in the independent music industry—where free plays a much bigger part than it clearly does with Tidal.

2. Celebrity Backers—This point made by Richards is a lot easy to wrap one’s head around; people simply don’t feel so bad when Jay-Z and Kanye West start lecturing about needing more money because, well, they’re rich. And not like “we perceive them as rich but they’re really not;” they actually are rich. Being lectured about money from people like that, then, is not only not welcomed, but it’s really irritating. There’s really no way you can look at that celebrity-backed list of Tidal promoters and take them seriously.

Even more so, though, it really alienates artists who are not rich—you know, like everyone else. For the singer-songwriter playing in dingy clubs, or the band on the road and sleeping in their van, Jay-Z might as well be speaking an alien language. Their thought process is almost indignant (and why shouldn’t it be?); they’re thinking “dude, you have all this money and influence, why the hell do you need any more?” And frankly, if I was still an artist, I’d be thinking the exact same thing. Celebrity-backed things like this are rarely ever a good idea, especially when it alienates others within the same industry.

Richards notes that Tidal has someone who Spotify doesn’t—Taylor Swift—but as I explained here months ago, here’s why Taylor Swift is on the same level as Jay-Z in terms of “not getting it.” She’s so engrossed in the major label paradigm and its trappings that she doesn’t see what life is like for normal artists anymore. And, just like Jay-Z, her disparaging remarks about artists “devaluing their music” strikes a sour and indignant chord in a lot of musicians who think she takes her good fortune for granted.

But if one needs any more convincing of why it’s going to be a very tough road ahead for Tidal, you can read about:

The storm isn’t about to end anytime soon, and it seems the lifeboats have left the ship.