So it was announced today that Secret is shutting down. Part of me is completely shocked, and another isn’t all that surprised. Secret has had a lot of problems over the last year and frankly, I haven’t seen them do anything to fix any of them. 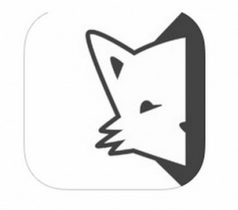 Secret blew up last year at SXSW and was everywhere after that. I’m serious, you couldn’t get away from the damned thing. Along with Whisper and Yik Yak, Secret made anonymous messaging handy and fun. Secret screenshots and threads showed up on Facebook and BuzzFeed and essentially took over spring of 2014.

What They Should Have Done

Here’s what I think Secret should have done over the last year:

Here is word for word the statement I would have released if I was Secret’s CEO:

Earlier this week we made a huge mistake. Our redesign did not convey the message we wanted, and we have decided to revert back to the original Secret for the moment. We do not want to be anyone other than who were are, and we know that our next step forward will better convey our vision for what we know Secret can be. Our next step will act as a tribute to our past even as we embrace our future. We never want to lose the unique qualities that make Secret so special, and we will go back to the design-board so we can better convey those qualities which we love so much. This is not the end; just a little bump in the middle. Our next step forward will be our best yet!

Unfortunately, I did’t see any release statement like that from Secret.

Why Are They Giving Up? Where’s the Fight?

That is all that it would have taken to convey to me that the people at Secret are human and have the best intentions. It would have confirmed for me that the leadership at Secret is committed to succeeding as themselves, and not trying to as someone else. Unfortunately that wasn’t the case, and now Secret’s hitting the deadpool.

What must be the most bitter pill to swallow for investors is the question of “why.” If I was an investor, knowing that Secret still had ~$35M in the bank, I would be wondering why they don’t just pull back and regroup. Where’s the fight? They have the funds, the (somewhat) intact userbase, the reputation, and the manpower, so why are they just throwing in the towel? That must be the most disappointing question for everyone involved to be struggling with right now. I know that’s what would be going through my mind as I cleaned out my desk.