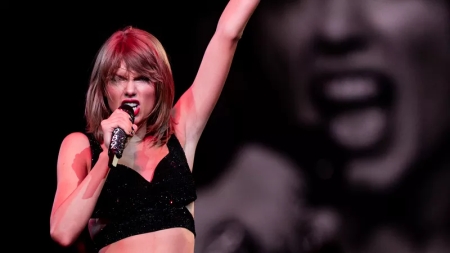 Recode published an article this morning detailing the (mainstream) music industry’s elevated fight against the video service YouTube. Their focus? Four letters: DMCA, the 1998 law that set forth the expectations and guidelines for music business in the new millennium.

Of course it’s no secret that the Digital Millennium Copyright Act is woefully obsolete and insufficient; that’s a discussion topic that has been floating around the music universe since about 2005. It was a good holdover between the end of the ‘90s and the beginning of the 2000’s, but it’s basically become the butt of every music business joke since then.

Today, though, the major label music industry is targeting it, and YouTube, as perpetrators in the perceived ongoing crime of “we’re not being paid enough for our music.” And they’ve signed up a bunch of new big guns to do the shooting.

To be clear, this is going on in the mainstream, major label music industry, not the independent universe. Though many independents similarly sneer at the inadequate abilities of the DMCA, their approach is much less writing letters of complaint and much more exploring new avenues and opportunities. The major label music universe, though, is not so adept at change. The mainstream music industry is also somewhat tone-deaf in these scenarios, as exemplified by one of their new “big guns.”

The addition of popstar Taylor Swift to the “big guns” category on the fighting roster poses more issues than it solves. I’ve written numerous times how Swift’s actions over the last couple years have been not only self-serving, but outright predatory in nature. Inasmuch as legendary Eagles/Journey manager Irving Azoff needs all the help he can get in fighting YouTube—arguably an easy target rather than the sole perpetrator—he would do well to remember the flurry of shitstorms Swift has herself caused over the last couple of years.

From her mishandling of Swiftgate with Spotify to suing her own fans with no legal basis, Swift has certainly flexed her muscles before. And that’s not even the tip of the iceberg, lest we forget about her hypocritical saga with Apple last year, which received all of the attention when it was resolved, but none of the attention when it came out she was exactly the kind of hypocrite she was supposed to be protesting.

In many ways, the addition of Swift to the ranks of mainstream artists “fighting against” YouTube is poetic but predictable. The real fight isn’t against YouTube, but against the obsolete major label paradigm as a whole. Indeed, YouTube itself appears to see not the changing dynamics, as exemplified by its somewhat botched release of YouTube Key last year. The fact that Swift now has an additional target for her “righteous fury” is great for journalists, but ultimately pointless in the end. If it wasn’t YouTube it would be someone else.

In many ways, this is the real issue plaguing people like Azoff. They don’t see how the industry is changing and thus provide a vehicle for artists to broaden their reach without seeing any benefits themselves. Royalties are the Emperor’s Clothes, and things will never be as they were. Azoff and other established veterans would do better to look for alternative revenue streams and business models rather than trying to fit an outdated model into a new paradigm.

The argument that this is simply just a public licensing-negotiations tool seems like a good one to me. It’s not the first time we’ve seen this kind of strong-arming (Sony in particular loves this tactic, as evidenced by their dances with Spotify and SoundCloud), and it likely won’t be the last.

In many ways I feel bad for Azoff. I think he genuinely is trying to change how the business works for the better with the tools available to him. But from where he sits, I think he is unable to see how his efforts benefit others’ agendas, and do not (will not) achieve the ends he desires. I think his concept of music structure and power may be obsolete, while he leads the charge on an argument now that should have been pursued back in 2005.

His apocalyptic prediction that artists will take their music off YouTube if the service doesn’t bend is both false and irrelevant; most artists won’t because it’s simply a good avenue for them, and it’s irrelevant because the avenue of artist-to-fan is no longer linear. There are now multiple avenues, services, and tools available for this precise dynamic, and the boycotting of one is more or less detrimental only to the artist long-term, not the service. Artists know this, which is why even after all her fits, Swift relented when Apple caved and gave her exactly what she wanted; it’s a strong-arm tactic, nothing more.

The music industry is changing; in fact it now encompasses two separate industries and universes. Continuing to treat it as one whole paradigm is a grave mistake. Music veterans as well as startups would do well to remember that and plan accordingly.

If you enjoyed this piece, ping me on Twitter and let’s talk music and tech.